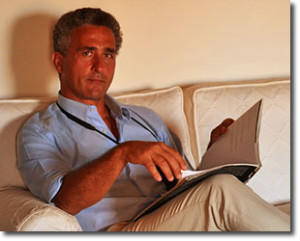 Tommaso di Carpegna Falconieri was born in Rome in 1968 and received his master’s degree (laurea) in 1992 from the Università di Roma “La Sapienza.” In 1996 he received his PhD in Medieval History at the Università “Cattolica” in Milan. Since 1998 he has been affiliated with the University of Urbino, where he is currently Associate Professor of Medieval History, accredited for promotion to Full Professor. He has taught courses in “Methodology of Historical Research,” “Medieval Antiquities and Institutions,” “History of Eastern Europe” and “History of Christianity,” and he served as President of the School of Literature, Arts, Philosophy from 2016 to 2019.  He is a fellow of several learned societies, President of the Società romana di storia patria, and President of the Unione internazionale degli istituti di archeologia, storia  e storia dell’arte in Roma (International Union of Institutes of Archaeology, History and Art History in Rome).

His principal research themes are the history of Rome, the Roman Church, and Central Italy in the Middle Ages, with a specific focus on historical sources and the relationships between historical fact and its representation in imagination. Currently, he is concentrating on the use of ideas of the Middle Ages in contemporary politics, the subject of his latest book, Medioevo militante (Einaudi), also translated into Spanish (El presente medieval, Icaria),  into French (Médiéval et militant, Publications de la Sorbonne), and into English (The Militant Middle Ages, Brill).